The development of Shiatsu Styles

Shiatsu is an offshoot of anma, a traditional Japanese massage, which was brought to Japan from China about AD 710 to 794. In China it was then known as Tui Na. Anma was to be practised, for some time, solely by the blind and is based on a kneading technique rather then applying pressure as in Shiatsu. Many of the techniques of anma like kneading, rubbing, tapping and shaking were integrated into Shiatsu and western massage.
During the 20th century Shiatsu distinguished itself from Anma through it’s merging with the western knowledge of anatomy, ampuku (Japanese abdominal massage), acupressure, and Do-In techniques. Do-In exercises are techniques to stretch the meridians as well as breathing techniques, which can be practised independently.
Tamai Tempaku first used the term Shiatsu with the attempt to provide some scientific relevance and to distinguish Shiatsu from other oriental therapies.
One of his students was Tokujiro Namikoshi who was also trained in western medicine and who developed his own style of Shiatsu. 1925 Namikoshi founded the first Shiatsu school in Japan. Today the Namikoshi style is Japan’s most widely practised shiatsu style. Namikoshi Shiatsu has more of a scientific approach than other Shiatsu styles and is more focussed on the stimulation of acupressure points as opposed to stretching and joint manipulation.
Due to Namikoshi’s influence, Shiatsu was officially recognised as a therapy by the Japanese Government in 1964.
Shizuto Masunaga, the son of a teacher at Namikoshi’s School for Shiatsu, developed what is now known as Zen Shiatsu. Masunaga was a professor of psychology at Tokyo University. In the 1970’s he combined his understanding of TCM (Traditional Chinese Medicine) and psychology with conventional Shiatsu (Namikoshi style) and brought Zen Shiatsu to the United States.
Since Masunaga brought Shiatsu to the west, several different Shiatsu styles have developed and are being practised around the world.
Some of the Shiatsu styles today are barefoot (macrobiotic) Shiatsu, Namikoshi Shiatsu (or Nippon Shiatsu), Zen Shiatsu, Ohashiatsu, Quantum Shiatsu, Tao Shiatsu, Tsubo Therapy and Watsu (Shiatsu in the water).

Emphasis more on points than on energy channels, includes stretches and can be quite vigorous. Additional focus is on the anatomical structure of the body, the muscles and bones and the nervous system.

Reintroduces more traditional roots of Shiatsu, includes energy channels (meridians) and the Five Element Theory. The meridians can be worked on strong or gentle.
It strives to maintain a meditative, intuitive state, that allows to connect deeply.
Client and practitioner can use Zen Shiatsu for growth of their own personal development, mentally and physically. Master Masunaga modified and extended the traditional meridian system and those extended meridians are called Zen extensions. He also developed the Makko-Ho stretching excerises to help to correct imbalances in the ki-flow and to strenghten the internal organs.

It is a method of healing touch, meditation and self-development, for giver and receiver. It was orignally developed to keep the ‘givers body’ healthy, more relaxed and therefore it could be more comfortable for the receiver.
Ohashiatsu is like an energetic dance between Shiatsu practitioner and recipient. It combines hands-on touch techniques, limb rotations and stretches.

Tsubo Shiatsu was developed by Katsusuke Serizawa, who focused his studies more on acupoints (in japanese called Tsubos) and their scientific physical relevance. Today Tsubo Shiatsu is better known as Acupressure.

Is a style of shiatsu that incorporates barefoot techniques to apply pressure or to stretch the body with the help of the feet. It combines those techniques with the macrobiotic (means ‘long-life’) diet which is a plant based diet, with a little fish or meat sometimes, and seasoning, locally grown and organic vegetables. The macrobiotic diet is a low-fat, high fiber diet and emphasizes in eating whole grains and vegetables and is rich in phyto-estrogens from soy products. Diet practices are eating slowly and chewing thoroughly. Foods are paired on their sour, sharp, salty, sweet or bitter characteristics.

Is based on the work of Pauline Sasaki who was trained by Masunaga and Akinobu Kishi. Her approach in Shiatsu is on the energetic body, though the physical body forms its core. Quantum Shiatsu goes a step further than Chinese Medicine, and incorporates concepts from Quantum physics. Our physical body can work as ‘ an expanding and contracting field of energetic vibrations’. And the energy around us can be infused back into our physical body. It incorporates meridians, pressure points and chakras.

Watsu (Shiatsu in the water)

Named by Harold Dull 1980 who studied Shiatsu in Japan. The weightlessness of water and a body being moved in it, allows the spine to loosen up and to be moved differently. The muscles of the body can be stretched more easily and flexibility can be improved.

Both of my teachers back in Germany Harald Gierl and Chris Saleski are strongly influenced by Master Ohashi and Ohashiatsu. I feel influenced by Ohashiatsu and Zen Shiatsu which were both part of my training. Working with the energetic body feels natural to me and I enjoy to use barefoot techniques and the healing scarf.

I have been having monthly Shiatsu Massages from Autumn for nearly a year now. I see her because she relieves any stress or aches and pains I might be feeling and also provides a very relaxing environment. It is an hour for me away from a busy life.

I have been seeing Autumn over a length of time... She is always kind, caring and actually listens to what I need.  Her recommendations, tinctures and teas are always very helpful and perfectly suited to my ever changing needs.  Autumn would often go above and beyond to do further research for me, and then advise me accordingly.I highly recommend Autumn to everyone!
prevnext 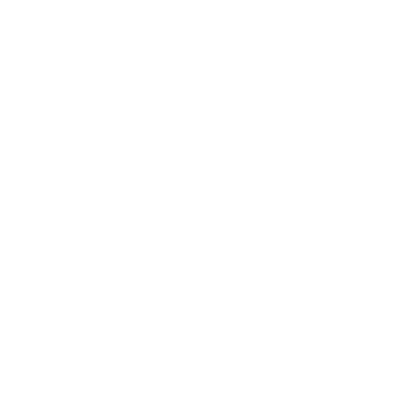